There is not much I would rather receive than a handwritten note or letter. It is a gift in itself. (I’ll admit, it’s a bit ironic that I’m talking about “handwritten” as I type away on these little white plastic keys.)

I fear it is something my children will not experience once my wife and I are gone. Who will “write” to them? Still, to this day, I love the childlike feeling of sneaking a handwritten note in one of their bags as they’re leaving for camp – or even a sleepover with a friend.

I love the convenience of technology and I can easily get caught in the trap of wanting to “speed things up” and avoid the hassle of finding a stamp and taking it to the mailbox. But a handwritten note is personal in a way that an email can never be.

In an old tin box kept in an old wooden cabinet, I have a stack of letters that my grandparents wrote to each other during the Great Depression when he had to move away from his family in order to find work and provide for them. They are dated 1934. They are priceless. Each written in pencil on the simplest of paper. It is difficult to envision a time in the future when my grandchildren will look at old emails that I had written to them, no matter how sentimental they might be.

Letters become a piece of history.

I am presently reading David McCullough’s “1776”, and I’m intrigued by the fact that these men, in the heat of battle, found the time and the “wherewithal” to write home to their families. These letters are national treasures. It’s rather humorous to imagine the Smithsonian displaying a printed email behind a wall of glass.

I do enjoy writing. I still like to write with a pencil. I like writing my thoughts. I even like writing my prayers. I also like writing what might be considered lyrics or a poem. And I am trying to include notes as a part of that writing. Whether saying “thank you” or “thinking of you”, I want to do it by hand.

To encourage myself to consistently sit down and write, I have created a space that inspires me to do so. Mine happens to be in my studio and it is a place set aside just for that. Surrounded by books, photos and gifts from nature, I lay my notecard or journal on an old wooden surface where maybe other notes and letters were written generations before me.

For others it might be a simple, neat, modern space that keeps their mind clear for thought.

Whatever inspires the “handwritten”, I encourage creating that space.

Maybe it’s a bench in the woods!

Like my grandparents, I have a box where I stash all of those special notes and letters that I have received over the years and just can’t throw away. My kids will dig through them one day.

Right now my oldest daughter is at a twelve day camp in Northern California. I miss her terribly. But yesterday I received a handwritten letter from her – something I will keep until I leave this earth. Beside my name on the envelope, she had written “Dad”. Seeing her handwriting made me feel like I could see her. It is uniquely hers and there was something about knowing it was her hand that laid on that paper to write her thoughts to me.

It will go in my box.

You May also Enjoy

The garden has always been a place of peace for me. A sanctuary. A place…

The dash. Such a small, simple mark. Representing a lifetime. Mine began on October 17,…

It is often said, “you never get a second chance to make a first impression”.…

Join our guest list to get $5 off your first Order of $50 or more and be notified about events, new product, etc.

Stop by the Gallery in Historic Leiper’s Fork near Franklin, TN.

Drop us a line anytime and we’ll get back to you. 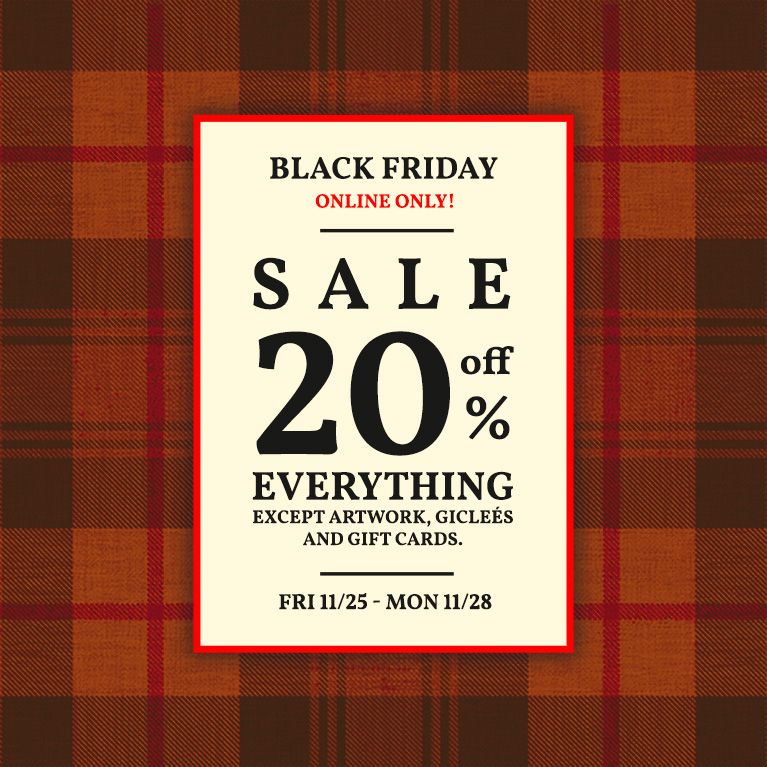 GOT IT! DISMISS Message